Most people think that just throwing rock salt on it and calling it a day is the way to go after shoveling. Well, though it’s not a terrible plan, rock salt only works when the temperature is above 12 degrees (Fahrenheit). So if it’s less than that, then you’d have better luck putting it on the rim of your margarita. Also, salt can be extremely harsh to plants, scrubs, or grass. ” Two other salts, magnesium chloride and calcium chloride, cost more but are less harsh (though still not great for plants) and work at much lower temps than rock salt (from 20 to 25 degrees below zero F). Still pricier is a nonsalt option called urea. It’s usually used as a fertilizer, and it can be a little tough to find. Wear gloves when spreading any deicer by hand. For large areas, use a handheld spreader or a push spreader, but not a grass spreader (the deicing granules will gunk up its gears). Store deicers off the floor or in a sealed bucket to keep them dry.” – via ThisOldHouse.com

This may seem like the most obvious advice, but in the throws of battling the snow, it is easy to forget. Be careful on places like your stairs and make sure your sidewalk is clear from black ice, no one likes a lawsuit. Use sand or kitty litter (also a good tip for your tires to gain traction in the slip of the snow, also, in a pitch, if you have no sand or kitty litter in your car and you are stuck somewhere, release your inner MacGyver, and use your car’s floor mat, place it behind your tire and back up on to it, just don’t forget it in the snow). For best sand, use sandbox sand over mason’s sand, as sandbox sand is far courser and will yield the best results. But if you want to avoid lawn destruction, use alfalfa meal, which is a slow acting fertilizer.

Though this isn’t the most viable option for all of us, if you have the means, use a snowblower. There is no better weapon to use against the onslaught of weather, especially if the snow reaches 11 1/2 inches or more.  Use silicone(spray) on the outshoot of the machine, to keep it from sticking and piling up, furniture polish also works wonders on this. After your finished, let it run for another 10-15 minutes so the snowblower can dry itself off. Your back will thank you in the morning.

9. Shovel With The Same Direction

Listen, no one wants to shovel snow. If you have the means, hire a kid in the neighborhood to do it, or guilt a relative into doing it. Call in favors, Christmas gifts, Wedding presents, whatever it is you have to do to avoid doing it yourself. If a kid is ambitious enough he’ll ask you before you have to ask them, personally, I know I used to do this as a pre-adolescent youth, totally worth it. 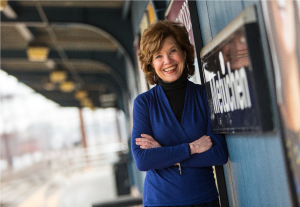 If you are like us in the Northeast, snow, blizzards, and ice are an unavoidable obstacle in our daily lives between the months of late November and April. But every year, we are reminded how difficult its removal can be, short of buying a snow blower for your walkway or a large decommissioned army tank for your commute to work. Aside from the muscle inducing soreness that comes with the hassle of shoveling, there comes another hardship: damage. So here’s 10 tips that will help you remove those heaps of snow, without inflicting destruction on your property.

This is one of those tips that you do before it starts snowing. If you have a flower bed or a garden that you want to avoid looking like a treasure hunt come spring, prior to it snowing, place large metal stakes into the ground, so (unless it’s an absurd amount of snow) you are able to know where to stop digging, without disturbing your plants. If you have large amounts of snow on bigger scrubs in front of your home or along your driveway, experts says “leave it.” If they are loaded with snow, leave them alone, you will tend to do more damage removing snow than if you just didn’t touch them.

2. Use a Snow Melter

This is another practice to do before a storm begins. Experts say to use a liquid mix, preferably a Liquid Magnesium Chloride Blend. Use a garden sprayer to apply it to your walkway or driveway prior to the snowfall. This can slowly melt snow up to two inches in accumulations. Wondering how much is enough? Use about one gallon for every 1,000 square feet.

We’ve all seen some random shovel or snow pusher on sale at your local “S-Mart” (you know the stores I mean), but keep in mind, just because something is cheap, doesn’t mean it’s a good purchase. “Look for a shovel with a lightweight plastic or aluminum blade coated with a nonstick finish to make loading and unloading a breeze. Avoid a blade so big you’ll be tempted to overload it; an ergonomic, S-shaped shaft will save your back by requiring less bending. Avoid using metal blades on softer materials, such as wooden decking. A pusher—basically a shovel with a C-shaped blade—is handy for clearing lightweight, fluffy snow. ” – via ThisOldHouse.com

The right way to shovel, is to shovel and shovel often. EVEN IF IT’S STILL STORMING. The key is to not let the snow to bond with either your properties surface (freezing), also it’s a lot easier to shovel 2 inches 2 or 3 times, than it is to shovel 7 inches, trust me, I know from experience. And don’t leave a layer of snow between the air and the pavement. You want the pavement to show, so the sun can do its natural job and warm it as much as possible, not allowing ice or more snow to form.

The best thing you can do is avoid having snow near the foundation of your home, SO DON’T HELP IT. It may be out of your way for the time being, but if it’s next to the foundation of your home, that snow can melt, turning it to water, which can easily refreeze. And as we all know from elementary school science class, when water freezes it expands, causing cracks that make your home susceptible to future water damages.

Deborah Kerr and the Kerr Team

Are Proud to Present

Buying a Home in Metuchen?

Selling a Home in Metuchen?

Check Out This Stunning Piece

This Metuchen Cape-cod is Ready for You!

Step into Metuchen Charm. This three bedroom cape cod is ready for its new owners. Located in the heart of Metuchen, just two blocks away from Main street and the train station, only 45 minutes from New York City, only adds to its charms. Greeted with a stone front porch, with new stone walkway, that is ideal for enjoying a morning cup of coffee with a newspaper while feeling the a gentle breeze on your face. Stride through the front door and embrace the newly finished hardwood flooring, anderson windows, and freshly painted throughout the interior. The living room with endless possibilities has a woodburning fireplace, built in book shelf, and closet to add to the ambiance. The dining room, overlooks the front yard as it paints the room with sunlight then extends to the completely new eat in kitchen, with newly installed Brazilian granite counter tops, newly installed stone tile flooring, farmhouse sink, and brand new stainless steel appliances. Just around the corner is a full, completely new bathroom, for your convenience. Leading down the hall to a possible office, recreation room, or another bedroom, with bay windows and closet space. The spacious backroom, with a second woodburning fireplace, leads to a stair way to two spacious bedrooms and a second full bathroom. There are two entrance doors from the backroom, one to the driveway and garage, the other sliding door, accessing the fenced in yard, patio area, large enough for a summer BBQ or even a fun backyard catch. Brand new whirlpool washer and dryer,  new heating system, Timberline roof, and Metuchen schools add to this homes appeal. Minutes from all major highways, shopping malls, and great restaurants and parks. A MUST SEE!!!

Deborah Kerr and the Kerr Team

Are Proud to Present:

Buying a Home in Edison?

Selling a Home in Edison?

Check Out This Stunning Piece

Amazing Two-Level Mother/Daughter Home
Welcome to Edison Splendor! This wonderful, adaptable, and expandable, custom home is ideal for a mother/daughter to share or even a multi-generational family. With woodburning fireplace, hardwood flooring, and vinyl siding add to the allure of this contemporary home. With two completely updated kitchens, both upstairs and down, one with charming kitchen booth that assures the perfect was to start your day. The upstairs kitchen gives way to stunning formal dining room that leads to a sliding door to the high rise deck that almost seems to have been made summer BBQ’s. Complete with fully finished basement, with full bathroom and family room. Three full bathrooms in this home that are completely updated and kitchens with newer appliances. Near all major highways, shopping malls and public transportation to NYC. A MUST SEE!!!